The origins of poker 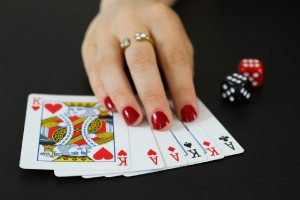 Like the games of craps online UK, poker has a long history. There are many stories about the origins of poker and opinions are very divided on this subject. The theory of the origin of the name poker already has at least two ways of explanation. One says it comes from the French word “pogue”, but the other says it must be a word from the German language and here they would call it “boasting”. So this is not entirely clear, but both words would very well be possible.

It is a fact that the game shows great similarities with a game they know in Persia as “As Nas. Now it was true then that there were indeed French immigrants living in New Orleans who could have picked up the game there from Persian sailors. It is often said that the game’s fundamentals can be found in a game that was played a lot in the Renaissance. This game bears the name “Primero”, but the French game “Brelan” is also eligible. At one point in England, a game called “Brag” was played a lot, and this is clearly a variation on the French “Brelan”. Bluffing played a big role in this version, so they already did.

The origins of poker – Welcome to America

To understand the poker that is played today in the top casinos, we should revisit its history. Around 1829 an English actor left documentation about a game of poker that was played at the time. For example, we know that the game was already being played at that time, but its structure was still very different from the current rules. For example, it was played with only twenty cards and a maximum of four players. The principle of betting for the highest hand was already the same.

The writer JH Green writes in his book “A Exposure of the arts and miseries of gambling” that the well-known game of poker was spread throughout America across the Mississippi, where the game was a most enjoyable time for the passengers traveling on the river. boats, as these were often long journeys and guests often got bored here.

Once the game became state-wide and widely played, the game was soon played with a set of cards common in England. The game, as we know it now, consisted of fifty-two cards. The flush was also introduced at this stage in the development of poker. When the American Civil War broke out, there was still plenty of poker everywhere. During this time many new versions of the game were devised, such as draw poker and stud poker. The latter is also played with vies cards with which the street can also be made.

The developments of the games

This was followed by many more developments in the field of poker, including the wild card that originated around 1875, lowball and split-pot poker, this was around 1900. Around 1925, more and more games were played that resemble the now well-known Texas Hold’em. Its further spread throughout the world was mainly the work of American soldiers, who played the game frequently. The game became very popular, especially in Asia.

Because of the tension the game brought, more and more poker terms were coined, many of which are still used today in all kinds of variations in many cultures. Who has never heard of concepts such as poker face and bluff.

Today, very exciting poker tournaments are played all over the world. This way of playing only became popular in 1970 when various arcades started organizing it. During this time several books were also published on all kinds of theories about the game and descriptions of how to become the best in the world. These books were read by many people and some are even on the bestseller lists.

Home » The origins of poker